The 38th (2022) International Prize for Biology is awarded to
Dr. TSUKAMOTO Katsumi,
（Professor Emeritus, The University of Tokyo, Japan）

On August 8, the Committee on the International Prize for Biology (chaired by Dr. FUJIYOSHI Yoshinori, Distinguished Professor, Tokyo Medical and Dental University) decided to award the 38th (2022) International Prize for Biology to Dr. TSUKAMOTO Katsumi, Professor Emeritus, The University of Tokyo, Japan. This year’s Prize is awarded in the field of the Biology of Fishes. 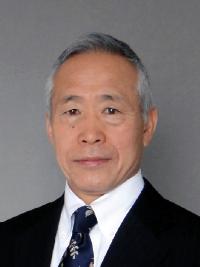 Dr. TSUKAMOTO Katsumi’s general area of interest is the “animal migration” that has fascinated people since ancient times, and he has focused his research especially on diadromous fish, which migrate between oceans and rivers. Through his work, he has built a scholarly foundation for understanding the basic principles of migration and the evolution of migratory behavior and advanced the biology of migratory fish. Early in his career, Dr. Tsukamoto discovered that Lake Biwa had two types of ayu (Plecoglossus altivelis) that follow two distinct migratory patterns. One type (large ayu) migrates up the lake’s tributary rivers and grows to a larger size, while the other (small ayu) spends most of its life in the lake and remains relatively small at the stage of reproduction. Determining that the two migratory patterns alternated by generation, Dr. Tsukamoto explained the mechanism sustaining this phenomenon in terms of a “switching theory.” He posited that the small ayu spawn earlier, so that their offspring are born earlier and tend to mature earlier, thus becoming large ayu, while the large ayu spawn later, producing offspring that remain small. This research won international acclaim for its explanation of life-history polymorphism, wherein organisms in a single population exhibit more than one life history. Dr. Tsukamoto also developed a groundbreaking fish tagging technique using otoliths (ear bone) and pioneered its application in fishery resource management and individual life-history estimation.

Dr. Tsukamoto’s most celebrated achievement is his discovery of the spawning grounds of the Japanese eel (Anguilla japonica), until then one of the greatest unsolved mysteries in the field of marine biology. Leading the world in the study of freshwater eels since the 1990s, Dr. Tsukamoto was ultimately able to put together a complete picture of the spawning migration of the Japanese eel, which had baffled humans since the dawn of history, and his achievement is recognized by researchers worldwide as a landmark in the history of science. The story of his amazing quest, which made innovative use of research vessels to strategically survey the vast North Pacific, has done more than anything in recent memory to convey to lay people the vision and passion that drives researchers in oceanography and biology. Dr. Tsukamoto’s team began its search for the spawning grounds of the Japanese eel in the 1970s. Hypothesizing that the eels spawned around the West Mariana Ridge in summer during the new moon, Dr. Tsukamoto developed a research cruise plan incorporating a new method for surveying vast areas of the ocean. In 2009 he proved his hypothesis when his team recorded the world’s first discovery of freshwater eel eggs in the wild. Since then, Dr. Tsukamoto and his many colleagues and students have continued to probe the mysteries of eel spawning migration, not only through their research cruises but also in the lab, incorporating otolith analyses and a wide range of physiological and other techniques.

Dr. Tsukamoto has also made important leading contributions to meeting educational and social challenges at the local and international level. He developed technology for artificial mass production of glass eel seedlings for use in aquaculture in order to ensure a stable supply of eels for human consumption and conserve wild eels. He established the East Asia Eel Society, forging private-public-academic partnerships throughout East Asia. He also wrote an essay titled Unagi no Nazo wo Otte [Pursuing the Mystery of the Eel] for a fourth-grade Japanese textbook (Mitsumura Tosho Publishing). In addition, he has traveled around Japan conducting classes that encourage elementary school students to think about reconciliation with nature. The Eel Caravan, as this program is called, has been held nearly 300 times nationwide. Among Dr. Tsukamoto’s outstanding achievements is his success in stimulating interest in marine conservation, not only among scientists inside and outside Japan but also among the general public and children.

In this way, Dr. Tsukamoto has not only made outstanding contributions to the advancement of the biology of fishes but has also, by sharing his own knowledge, experience, and philosophy, contributed more broadly to the harmonious and sustainable development of human society. In consideration of these achievements, Dr. Tsukamoto was judged the most suitable candidate for the “Biology of Fishes,” the research field for the 2022 Prize, and was therefore selected as the recipient of the 2022 (38th) International Prize for Biology.