The 37th (2021) International Prize for Biology is awarded to
Dr. Timothy Douglas White,
（Professor of Integrative Biology, University of California at Berkeley, USA）

On August 31, the Committee on the International Prize for Biology (chaired by Dr. FUJIYOSHI Yoshinori, Distinguished Professor, Tokyo Medical and Dental University) decided to award the 37th (2021) International Prize for Biology to Dr. Timothy Douglas White, Professor of Integrative Biology and Director of Human Evolution Research Center, University of California at Berkeley, USA. This year’s Prize is awarded in the field of the Biology of Human Evolution. 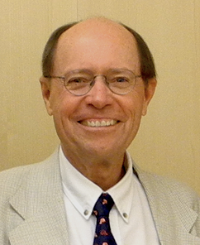 Dr. Timothy Douglas White, professor of integrative biology at the University of California, Berkeley, is widely known as a highly successful paleoanthropologist. Dr. White has had an enormous influence on our understanding of human evolution through his discovery and analysis of human fossils at various stages and the surrounding faunal specimens and other paleoenvironmental data.
Dr. White first played a central role in the detailed analytical study of Australopithecus afarensis fossils dated to 3.7 to 3 million years ago. His achievement in showing that A. afarensis was recognizable as a single species is highly regarded. The interpretive model for A. afarensis fossils that Dr. White provided continues to influence research in the field of paleoanthropology to this day.
In addition, since 1990 Dr. White has been co-leader with Ethiopian researchers of the Middle Awash Project in Ethiopia. Thus far, this project has succeeded in discovering an extremely wide variety of fossils including Ardipithecus kadabba dated to 5.7 million years ago, Australopithecus anamensis, the possible genus Homo ancestor Australopithecus garhi, Homo erectus, and the 160,000-year-old Homo sapiens idaltu. The new evidence and interpretations obtained from analytical research on these fossils has significantly advanced the study of several important stages in human evolution.
Of particular note is the discovery of 4.4 million-year-old Ardipithecus ramidus fossils. It is no exaggeration to say that this discovery, which revealed a pre-Australopithecus phase in human evolution that had previously been completely unknown, has taken the study of human evolution as a whole to an entirely new level. The findings on various facets of Ardipithecus ramidus that Dr. White and an international research team elucidated—its mode of locomotion, foraging adaptations, sexual dimorphism (individual traits that differ according to gender) and its socio-ecological significance, as well as the paleoenvironment and habitat choices—have given us an unprecedented perspective not only on the earliest ancestors of humankind, but also on the ancestors of chimpanzees and gorillas, the living species most closely related to us. The eleven papers published by Dr. White and his colleagues in the American Association for the Advancement of Science’s journal Science in 2009, summarizing the results of their detailed and extensive analyses of the Ardipithecus ramidus fossils, including whole-body skeletal specimens, were subsequently recognized by that magazine as the “Breakthrough of the Year.”
As described above, Dr. White’s research to date has dramatically advanced our understanding of the different stages of the human evolutionary process by presenting direct evidence of the fossil record and providing a meticulous interpretation of it. In particular, his achievements in clarifying the image of our early human ancestors at a period close to their origins are highly regarded and have been judged to be most suitable to be awarded the 37th International Prize for Biology in the field of the “biology of human evolution.”

Due to the continuing coronavirus pandemic, the presentation ceremony for the 2021 International Prize for Biology, usually held in November or December, has been postponed to next year and will be held together with the ceremony for the 2022 Prize recipient.

The 2021 commemorative symposium will also be held next year at The University of Tokyo.