On August 28, the Committee on the International Prize for Biology (chaired by Dr. BEPPU Teruhiko, Professor Emeritus, The University of Tokyo) decided to award the 36th (2020) International Prize for Biology to Dr. SHINOZAKI Kazuo, Senior Advisor, RIKEN Center for Sustainable Resource Science (CSRS), Japan. This year’s Prize is awarded in the field of the Biology of Environmental Responses. 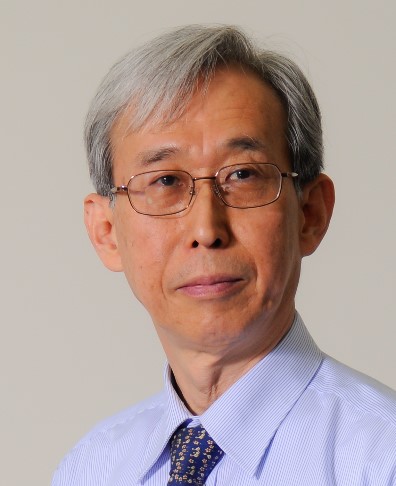 Achievements Recognized by the Award
Dr. Kazuo Shinozaki has long served as the director of the former RIKEN Plant Science Center and the current RIKEN Center for Sustainable Resource Science (CSRS), and he is currently serving concurrently as both Senior Advisor to CSRS and the Group Director of the Gene Discovery Research Group, where he continues to carry out research. Given that plants are immobile, the constant changes in the natural environment, such as changes in the water environment, temperature environment, and so on, create tremendous stress on plants and pose a life and death problem. Plants respond to those environmental changes and adapt in order to acquire tolerance. Dr. Shinozaki has been a global pioneer in utilizing molecular biology techniques to elucidate plant responses to environmental stresses, particularly the acquisition of drought tolerance and that response mechanism, and he has been a leader in this field.
Dr. Shinozaki and his colleagues, using the model plant Arabidopsis thaliana as their primary material, discovered a number of genes that are induced in response to drought, low temperature, and high salinity, as well as factors that regulate that induction process.
Moreover, although it was previously known that abscisic acid (ABA), a plant hormone, closes leaf stomata and suppresses transpiration as a result of drought stress, Dr. Shinozaki and his colleagues discovered that a regulatory system exists that is not dependent upon ABA and showed that there are both ABA-dependent and ABA-independent pathways for drought stress tolerance.
They revealed that the cis-acting element DRE (Dehydration Responsive Element) on the DNA of the transcriptional promoter region that responds to drought and the transcription factor DREB (DRE Binding protein) that binds to the cis configuration are important elements of the ABA-independent pathway. They then identified the transcription factor AREB (ABA Responsive Element Binding protein), which is related to ABA transcriptional regulation, and that it is activated by the protein kinase SnRK2. Furthermore, while aridity signals are recognized by plant cells as osmotic stress, they identified a histidine kinase as the sensor and MAP kinases and SnRK2 kinases as the signal transduction factors. Recently, they have received attention for their discovery that when soil becomes dry, the reduced water content in the roots leads to the induction of a peptide called CLE25 in the vascular bundles of the roots, transporting that protein the long distance from the roots to the leaves and inducing ABA synthesis in the leaves.
Dr. Shinozaki and his colleagues are carrying out joint research in which they are using genes related to environmental stress tolerance that were discovered in Arabidopsis and applying those to the development of drought- and cold-tolerant crops. They have demonstrated through actual cultivation that when the drought- and cold-tolerant genes of Arabidopsis were introduced into transgenic rice and soybeans, their drought tolerance was strengthened and their yields increased under dry field conditions. These findings are expected to make a major contribution toward addressing the climate change–related food crisis.
At RIKEN, Dr. Shinozaki has been undertaking functional genomics research on Arabidopsis to collect full-length cDNA and collect gene knockout mutants; as the director of the Plant Science Center, he has been promoting and leading the development of the technical foundation for metabolomic analysis, transcriptome analysis, and plant hormone analysis; and through the publication of research materials of experimental plants from the RIKEN Bio Resource Center, he has made significant contributions to the development of research on the functions of plant genomes.
His research and findings have brought about important developments in basic plant science, making him exceedingly well suited to receive the 36th International Prize for Biology in the field of “Biology of Environmental Responses.” In addition, Dr. Shinozaki was selected to receive this award in recognition of his work’s contributions to the development of applied fields, which are critical for coping with the future global food crisis.